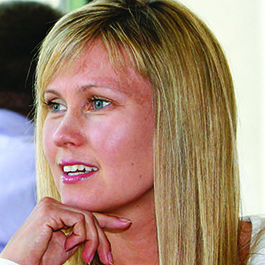 AstraZeneca's bonus scheme is a highly effective way of raising safety awareness and getting more data into the Synergi Life database.
Maria Kempe

When AstraZeneca acquired the Incident Management Module in Synergi Life, they also introduced goals for the HSE reports within some departments. Personal bonuses are linked to the number of reports.

Handling chemical substances like AstraZeneca's pharmaceuticals has always required a risk management system. However, one Synergi Life module coupled with a bonus scheme out of the ordinary made a significant change for the plants in Sweden.

"Previously, it was difficult to demonstrate what was happening on the HSE arena. When misses and near-misses occurred we would write notes, talk to the boss and put information in an Excel form. There was no guarantee that the incidents were actually registered. They were not collectively stored. Concluding what had to be done and actually getting something done was rather hard," IS manger Maria Kempe says.

"Now everything is apparent and available for all to see in one IT system. This puts a certain pressure on us all, and that in turn creates action. If a case is not taken further, people will ask why. When it is solved we can all learn how it was done," she says.

Kempe is responsible for the maintenance, development and improvement of AstraZeneca's incident management system and the cooperation with DNV GL's consultants and in 2005 Synergi Life was implemented througout all the plants in Sweden. "The effect was immediate," Kempe says.

"The number of reports actually rose from day one." And the number increased even more when some departments announced reporting goals that would lead to a personal bonus.

"This was initiated by the managers in production and it's an alternative way of raising the safety awareness - which is the most important thing that Synergi Life does for us, says Kempe. If we don't succeed in getting all irregularities into our statistics, the basis for our work cannot be correct. A complete overview is essential to really make a difference."

And report they do, contractors and other collaborators included. While illnesses and serious accidents used to be considered the only incidents worthwhile to report, the HSE department is now also notified of pure observations.

"Annually, we have 8000 to 10,000 of these observations. These tell us about employees, situations or machines that might pose some kind of threat to our safety, health or environment so that we may prevent accidents from happening," Business Coordinator Tine Engström says.

She says that Synergi Life has contributed to many of the improvements in HSE, for example by separating pedestrians from vehicual traffic and decreasing speed limits for lorries on the plants. HSE is now first on the agenda of the department meetings. People are more than willing to talk about what has happened and the measures that have been taken. These are noticeable changes that are reflected in AstraZeneca's statistics.

Why we chose DNV GL:

This is what we gained:

AstraZeneca is one of the world's leading pharmaceutical companies, producing a broad range of medicines designed to fight disease in important areas of healthcare such as cancer, cardiovascular and gastrointestinal illnesses.

The company is headquartered in London in the UK but is active in over 100 countries and employ more than 67,000 people. Sales in 2007 totalled USD 29.6 billion, with an operating profit of USD 9 billion.

How can we help you?

Know what you need?

What can Synergi Life do for your company?